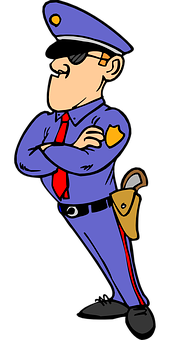 A Missouri police officer has been awarded just about twenty million dollars by a court jury, after alleging that the officers above him in his department found his sexual orientation objectionable and asked him to ‘tone down’ his homosexualality. Sergeant Keith Wildhaber of Saint Louis County Police claimed in his suit that he was tipped off five years ago by a local restaurant owner who also happened to be on the County Board that his lifestyle choices were negatively impacting his chances at promotion in the department. Wildhaber had just applied for a lieutenant position, and the restaurant owner, John Saracino, told him the Board would not approve his promotion if he continued to remain openly gay.

In court Saracino denied that any such conversation took place between them.

Wilhaber was passed over for promotion, even though he had twenty years of service in the department. In 2017 he filed suit, claiming wrongful discrimination due to sexual orientation.

Wildhaber was then transferred, without any reason being given, to a graveyard beat that was nearly thirty miles from his home.

After the jury heard all the testimony it took them only a week to render a verdict. They also took the extraordinary step of recommending that the members of the County Board should voluntarily all step down.